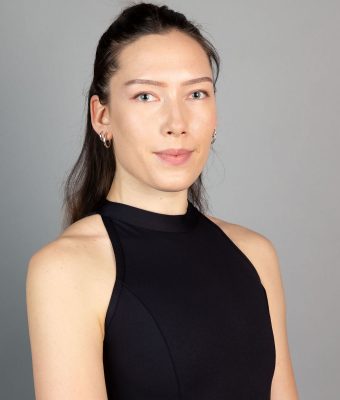 Born in Coquitlam, B.C., Allison moved to Toronto at the age of 10 to train at Canada’s National Ballet School, which she eventually graduated from. She continued her training with NBS’ Post Secondary Program where she had the opportunity to spend summers on international exchanges with Houston Ballet and Pacific Northwest Ballet. While in school Allison had the opportunity to perform the works of Eric Bruhn and William Forsythe as well as the Lilac Fairy in Marius Petipa’s The Sleeping Beauty.

Allison had the pleasure of performing with the National Ballet of Canada in James Kudelka’s The Nutcracker during the 2015/16 season before going on to work with Ballet Kelowna from 2016-2019. During her time with Ballet Kelowna, Allison has felt extremely fortunate to perform the works of John Alleyne, Simone Orlando, Gioconda Barbuto, Donald Sales, Wen Wei Wang, and Alysa Pires – to name a few.