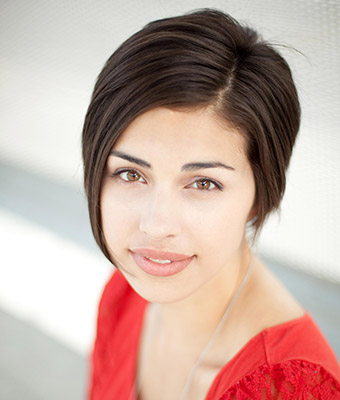 Choreographer Alysa Pires has created works for Ballet Jorgen, Cadence Ballet, Ryerson University, Canadian Contemporary Dance Theatre, Victoria Academy of Ballet, Dancestreams, Helix Dance Theatre, and more. Alysa was one of the 2017 winners of Northwest Dance Project’s International Choreographic Competition. Her company, Alysa Pires Dance Projects, made its critically acclaimed full-length debut with Exterminating Angel at the 2016 Toronto Fringe Festival. Alysa is currently working with the National Ballet of Canada as part of their Choreographic Workshop. Upcoming projects include a new commission for Ballet Kelowna and the remounting of Exterminating Angel.

Alysa provided choreography and movement direction for The Women and War Project, a series of world premiere plays by Judith Thompson (CAN), Velina Hasu Houston (USA) and Timberlake Wertenbaker (UK) that toured through Greece in 2012. Her work in theatre also includes choreography for ten musicals as well as the first workshop of a new commission for the Los Angeles Opera. In 2014, Alysa represented Canada in Glasgow, Scotland as part of the Tin Forest Theatre Festival in celebration of the Commonwealth Games.

She has remounted two works for the Emerging Artist Intensives in Toronto: Valkyria (Winter 2013, Winter 2016) and …keeping in mind they may be behind you (Summer 2014). Alysa was one of four choreographers selected from a pool of international applicants for DanceEast’s ChoreoLab in Ipswich, England. Here she developed i am vertical, which received its Canadian premiere as part of the 2015 dance:made in Canada Festival.

During her 2015/2016 residency at the Heliconian Club of Toronto, Alysa created three new works for her company including Exterminating Angel, a NOW Magazine Critic’s Pick and one of the Torontoist’s Highlights of Fringe.

Alysa is an Honours BFA graduate from the Ryerson School of Performance and was the recipient of the 2015 Jack McAllister Award, which recognizes alumni accomplishment in the professional world.