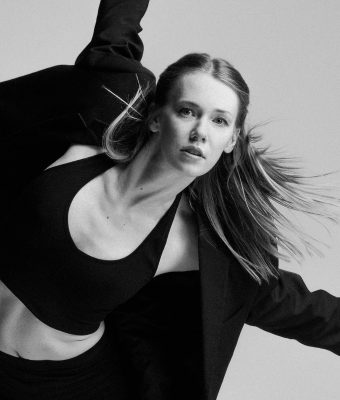 Raised in Victoria, BC, Ariana began her ballet career at the Pacific Dance Centre and has trained nationally and internationally, including at the Nederlands Dans Theater and in the Arts Umbrella Graduate Program in Vancouver.

Upon graduating, Ariana continued to work on her technique and investigate the artform through the Performance Research Project, led by Lesley Telford. Most recently, Ariana danced for Vision Impure under the artistic direction of Noam Gagnon and as an apprentice for Inverso Productions with Lesley Telford. She has also had the pleasure of working with other esteemed teachers such as Artemis Gordon, Lynn Sheppard, Marquita Lester, Sabra Perry, Maureen Eastick, Katherine Cowie and Amy Raymond, to name a few.

Most recently, Ariana had the pleasure of dancing the soloist role of “Moyna” in Joshua Beamish/MOVE THE COMPANY’s world premiere of @giselle in September 2019. Ariana joined Ballet Edmonton in the fall of 2018.