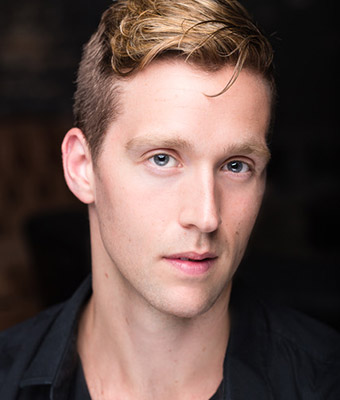 Born and raised in Saskatchewan, Brett began dancing at the age of seven. Upon graduation from high school, he was accepted into the Royal Winnipeg Ballet School where he graduated from the Professional Division in 2007. After completing a year of the Aspirant Program, Brett joined Canada’s Royal Winnipeg Ballet as an apprentice, performing works by Mauricio Wainrot, Mark Godden, Itzik Galili, Rudi van Dantzig and Jorden Morris to name a few.

In 2009, Brett joined BJM Danse Montreal where he had the opportunity to work with choreographers such as Wen Wei Wang, Aszure Barton, Mauro Bigonzetti, Cayetano Soto, Barak Marshal and Annabelle Lopez Ochoa. He was also a guest performer with companies such as Ballet British Columbia, Les Grands Ballets Canadiens and Wen Wei Dance, as well as independent works by choreographers James Gregg, Andrew Skeels and Penny Saunders.

As a choreographer, Brett premiered his first work in First Steps during his time as a student at the RWB. During his time in Montreal, he also produced and directed Déchaîné, a program featuring new works choreographed by the dancers of BJM Danse. Brett’s work has also been featured in schools across Canada, most recently including the RWB Professional Program and the RWB Aspirant Program.