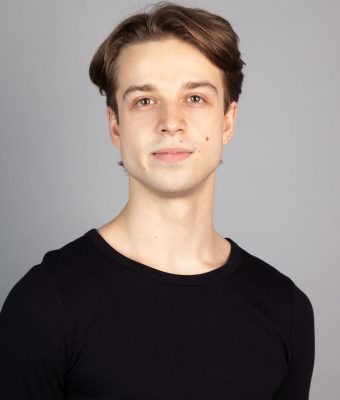 Bryce Taylor hails from Yarker, Ontario. His professional training began with the Royal Winnipeg Ballet in 2014, where he graduated the Ballet Academic Program in 2017, and was a graduate of the Aspirant Program in 2019. While there, Bryce was twice awarded the René Highway scholarship, and was a co-founder/associate artistic director of the Royal Winnipeg Ballet’s Summer Dance Collective.

Bryce went on to join RWB as an apprentice for their 80th season, dancing a variety of roles in the corps and as a demi-soloist in certain productions. Bryce joined Ballet Edmonton for the 2020/2021 season.