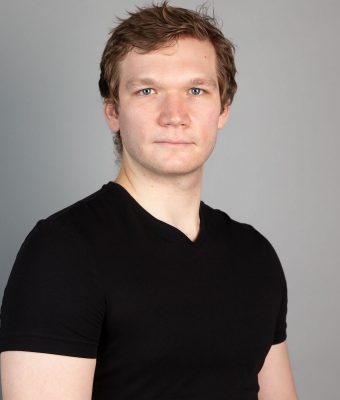 Born in Manitoba, Matthew began his dance training in tap at the Cooks Creek Dance Academy. At 12, he was invited to join the Canadian Junior Tap Team to compete in the World Tap Dance Championships in Riesa, Germany where he won fourth place.

In 2011, Matthew was accepted into the Professional Division at the Royal Winnipeg Ballet School. He graduated in 2015 and entered the Aspirant Program where he played roles such as Lankedem for the Pas D’esclave in Le Corsaire and won the role of Peasant Man and Leader of the Hunt in the Royal Winnipeg Ballet Company’s production of Giselle. Matthew has recently trained with Medhi Walerski and Pierre Pontvianne at the Banff Centre for the Arts in the hopes to gain more knowledge about improvisation and contemporary dance.