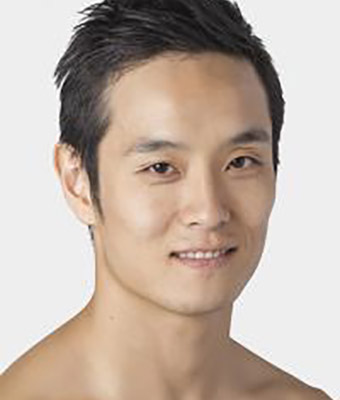 Yukichi began his training in Tokyo, Japan before attending the Hamburg Ballet School in Hamburg, Germany. Upon graduation, Yukichi joined the Hamburg Ballet and rose to the rank of Soloist. During his time in Hamburg, Yukichi danced many soloist and principal roles and performed as a guest artist with the Bavarian State Opera in Munich.

Under the mentorship of director John Neumeier, Yukichi began to explore choreography and has been developing his choreographic voice. In 2006, Yukichi joined the Alberta Ballet as a principal dancer and has delighted audiences in roles such as Elton Fan in Love Lies Bleeding, Puck in A Midsummer Night’s Dream, and Mozart in Requiem.

Yukichi has been an active choreographer for Alberta Ballet creating Tubular Bells, Seven Deadly Sins, Temple, Carmen, and Rite to name a few. He has also created works in Japan and for the Hamburg Ballet. Along with his career as a dancer and choreographer, Yukichi has found time to share his knowledge and skills as a teacher in ballet and contemporary both locally and internationally.