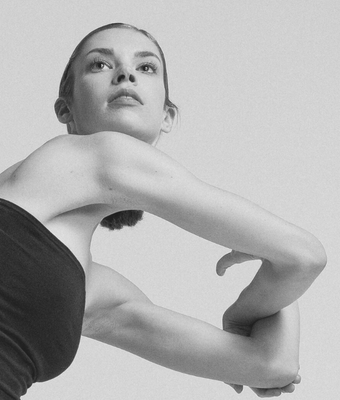 Raised in Vancouver, BC, Devon received her training at Arts Umbrella, where she graduated from the post-secondary dance program under the direction of Artemis Gordon, Sabra Perry and Lynn Sheppard. Devon has expanded her training at schools including The Royal Ballet School, Canada’s National Ballet School, l’École supérieure de ballet du Québec and Domaine Forget de Charlevoix. She also participated in the Ballet BC Performance Project, dancing in outreach performances and leading workshops in schools throughout British Columbia. She is a proud recipient of the BC Arts Council Scholarship Award and the McCall MacBain Cultural Leadership Award.

During her time in the Arts Umbrella Dance Company, Devon had the privilege to work with choreographers and artists such as Crystal Pite, Medhi Walerski, Lesley Telford, Eric Beauchesne, Tom Weinberger, James Kudelka, Sidra Bell and Doug Letheren, among others. She has been fortunate enough to participate in two Arts Umbrella Dance Company European Tours, including the opportunity to perform in the Julidans Festival and the International Theatre School Festival (ITS) in Amsterdam.