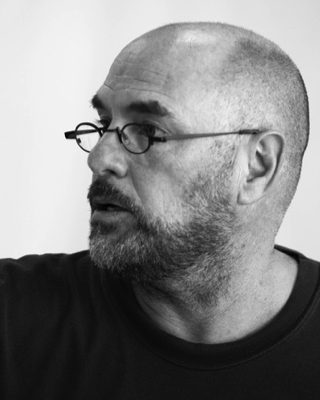 Serge Bennathan was the artistic director of Toronto’s Dancemakers from 1990 to 2006, where 12 works he created received Dora Mavor Moore nominations, with both Sable/Sand and The Satie Project awarded for Outstanding New Choreography.

Currently, Bennathan lives in Vancouver where he created his company, Les Productions Figlio. Since its founding in 2006, the company has produced nine full-length works: The Invisible Life of Joseph Finch (2007), a play with Jonathan Young premiered in Vancouver before touring to Singapore (2008) and across Canada (2009), Manga (2007), Slam for a Time Traveller (2008) commissioned by the Dancing on the Edge Festival for its 20th anniversary, The Strange Adventure of Myself (2009), Conversations (2010) co-produced by The Dance Centre and the Chutzpah! Festival, Elles which won the 2012 Rio Tinto Alcan Award, M. Auburtin (2015), Just Words (2016), and Contes Cruels (2018).

Outside of his work with Les Productions Figlio, Bennathan has created work for dancers at SFU (2011), LADMMI (2011) in Montreal, Ballet BC (2011), DanseEncorps, Sarah Roche and Lise McMillan, The School of Contemporary Dance (2014), Mocean Dance with the creation of Sable Island (2015). Known for his extensive work with opera companies and director Robert Carsen that brought him to Belgium, Switzerland, The Met in New York, Chicago, Houston, Washington DC, Bennathan directed his first mainstage opera, Rossini’s Tancredi, at the COC/Canadian Opera Company in 2005 and Renard for the COC ensemble in 2008.

Bennathan is also a painter and a writer. He has written and illustrated four books: Julius le piano voyageur, The Other Moon of Mr. Figlio, A Few Thousand Miles, and Not-a-fear/Peurderien. Recently he created a web platform for his paintings: sergebennathan.com.